Re: Prescription Medication is Poison.

crossed (PRO)
i have been wanting to debate you for a while thank you for the opportunity
fluoride in water
Nazi Germany put fluoride in the drinking water of the Jews to  make them more stupid and docile during ww2.
conspiracy theorist then started  claiming our us government is doing the same to us.
this was proven true when the  us government admitted they put  fluoride in our water. but claim they put it in there to help with dental  hygiene.
https://www.naturalnews.com/037375_Big_Government_conspiracy_theories_fluoride.html
https://www.cancerdefeated.com/newsletters/Is-Your-Water-Supply-Being-Poisoned-by-the-Government.html
https://articles.mercola.com/sites/articles/archive/2015/05/12/fluoride-overdose.aspx
http://www.poisonpaste.com/fluoride-nazi-link.php
https://www.cbc.ca/news/canada/windsor/windsor-dental-health-fluoride-1.3452667
pharmaceutical drugs in water
why do i bring this up. in tap water they are putting pharmaceutical drugs in our water
https://drpompa.com/cellular-health/home-water-filtration-systems-dangers-tap-water/
3 antibiotics were found in our water
the side effects from these antibiotics alone should be enough to deter someone from putting these in the water
antibiotics cause osteoporosis so what if someone developed a hunch back because they are putting this in the water.
http://www.osteodigest.com/medications-that-cause-osteoporosis.html
that is not all they also put these pharmaceutical drugs in the water
for the sake of space lets talk about only one of the side effects of these drugs
Atenolol
this drug only has a couple side effects which is surprising
https://www.drugs.com/sfx/atenolol-side-effects.html
side effects of atenolol.

what if someone suffer from side effect from the drug Atenolol being put in the waterwater
lets talk about the worst offenders here.
what if someone suffers from
"sudden shortness of breath or troubled breathing"because they added atenolol to the water.
our water can cause us to stop breathing because someone added a pharmaceutical drug to it let that sink in.
what if someone who drinks water suffers from the side effects
because they are adding pharmaceutical drugs to our water
pharmakeai
the word pharmakeai means
https://www.biblestudytools.com/lexicons/greek/nas/pharmakeia.html

https://biblehub.com/greek/5333.htm
the world health association symbol is a snake on a stick
https://www.who.int/ 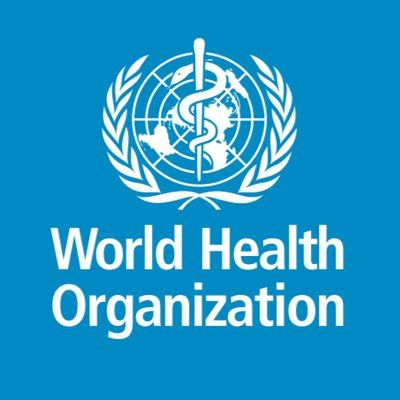 disturbing facts
pharmaceutical is the 4th leading cause of death in usa
https://www.collective-evolution.com/2013/11/20/how-pharmaceuticals-came-to-be-the-4th-leading-cause-of-death-in-america
people life are ruined through addiction with medication. just like crack cocaine

look at the millions big pharma has given to politicians
http://www.drugsdb.com/blog/big-pharma-political-contributions.html
is it not a terrible coincidence that the word pharmaceutical was created off of the greek pharma words and which means poisoning with drugs and it just happens to be that pharmaceutical is the 4th leading cause of death
https://www.collinsdictionary.com/dictionary/english/pharmaceutical


in fact over 100 thousands people die from taking there meds
https://newspunch.com/100000-deaths-per-year-in-the-u-s-caused-by-prescription-drugs/
ps pharmakeai was used in several end times prophesy in the but it was translated out and replaced by sorcery changing the prophesy meaning
http://www.theopenscroll.com/pharmakeia.htm
i took these off duck and go images 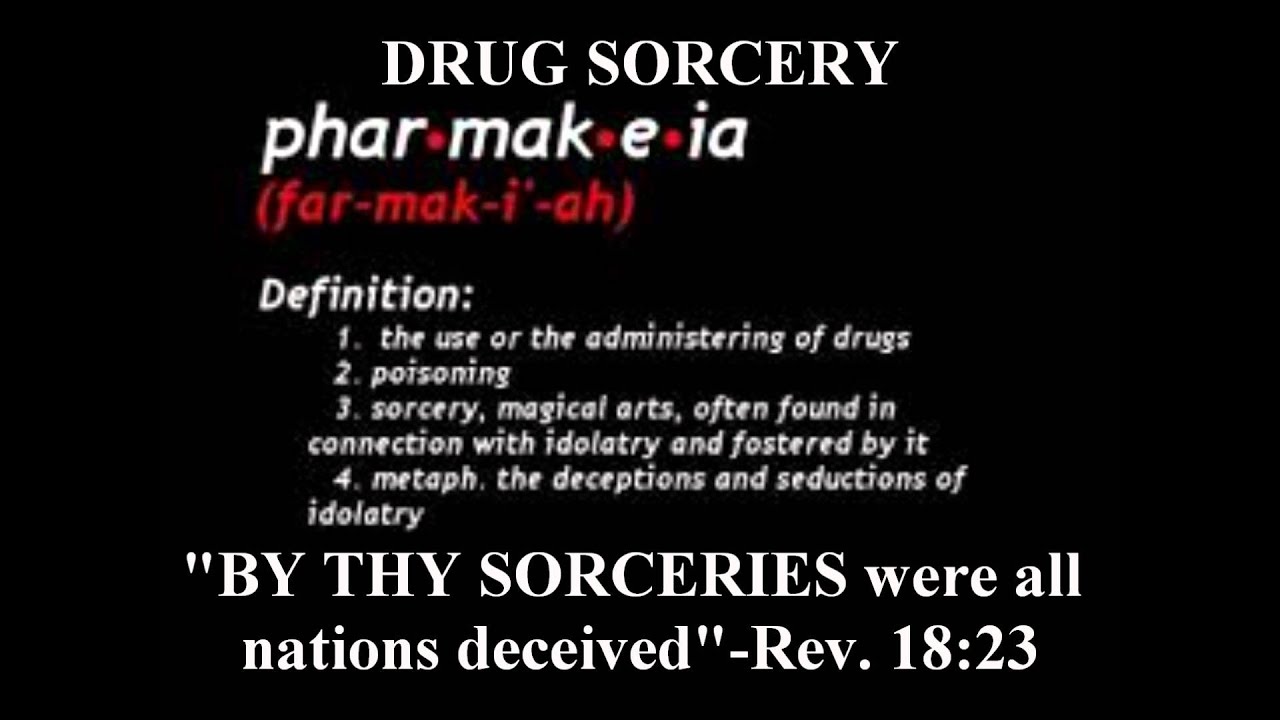 Return To Top | Posted: | Speak Round

it originated from pharmakon

if you look at yourdictionary.COM you get under origin

Late Latin pharmaceuticus from Classical Greek pharmakeutikos from pharmakeuein, to practice witchcraft, use medicine from pharmakon, a poison, medicine
if you look at the Merriam Webster dictionary
https://www.merriam-webster.com/dictionary/pharmaceutical#other-words
if you scroll down far enough you get this

History and Etymology for pharmaceutical

we know what those words mean
snake and stick symbol.
do you believe the reason the pharmaceutical industry has a snake and stick is because the snake is used as medicine. because it seems way more likely that it is because it is snake oil or it represents how they are poisoning people since snakes are poisoning. well if big pharma sold eggs that might be true but since they sell medication its more likely because it is snake oil. just because snake venom can help people 99 percent of people see it as a poisioning substance so why would they use it for there medical logo would that not confuse people.
poisoning the water
alright when something becomes true it no longer becomes a conspiracy theory.  I said it was a conspiracy theory that became true government has been putting fluoride in the water there reasoning is terrible they claim it for dental reasons which is bull. secondly there are pharmaceutical drugs in the tap water this is a nation wide issue there are 25 of them. this being in the water is bad anyway you look at it beside Atenolol an its schizophrenic side effect which include
Now before I go. I would like to ask my opponent to provide concrete evidence to prove that prescription medication is poison.
i said pharmacutical is the 4th leading cause of death
Return To Top | Posted: | Speak Round

crossed (PRO)
my internet died and i am unable to get my draft at home and i am using my schools computer
selling drugs to heal people but then taking the name of your drug and basing it off a word that means poisoning with drugs is like if i created a christian chruch and then name the church off of a word that means hail Satan.
they are posioning our water with prescrition medication. why would someone put only part of a drug in the water an example estrogen from birth control pills. the only reason someone would do that is if they intended harm
firstly the reasonm why you can not find people talking about getting side effects from drugs online is because people do not share that information
con said
Not everyone will. So far, I haven't been able to find any sort of record of people experiencing side effects from Atenolol at all. Just lists of possible ones. I did however, find a page that expressed exactly how and when one should take Atenolol. It also expresses that one should speak to their doctor before taking it and before stopping it. Now let's look at the current most popular prescription medication: Synthroid. Let's see how many side effects there are. Synthroid has a whole 34 side effects one could possibly experience. Doctors hand out nearly 23 million prescriptions for this drug monthly. That's about 276 million yearly. Now, my opponent would probably try to argue in some way that everyone experiences the side effects. But that's not true. Much like Atenolol, I really struggled finding any kind of number of people who have experienced side effects. But I did find some reviews. I read approximately 11 reviews and out of those 11, only 5 claimed they experienced side effects. That's 45%. So, let's assume that 45% of the people taking the medication experience these side effects. Let's use the yearly estimation for this equation. That would be approximately 124,200,000 people experiencing side effects. That would seem pretty bad, but remember, 55% of people don't experience these.
my rebuttal
if you suffered from yellow eyes and skin from being one of the 1 in ten people in the united states who take prozac would you go online and talk about your experience no it would be a private issue not a public one why would someone talk about that stuff online they would speak to there doctors prively. do you talk about your medical issues online if so you have no shame
https://www.medicalnewstoday.com/kc/prozac-fluoxetine-side-effects-263773
the side effects may be rare but by the sheer amount there are and by how many get them you are bound to get a few
and he list all the evils big pharma does and say i its irrelevant because it is not poison that is true but it is defenetly something to consider because of the topic
and big pharma giving money to politicians.
why do you think they do this they do it because there drugs are dangerous so they have to bribe people in order for them to get past the safety rules
by definition i win debate
con said
Now that we know this, let's look at what poison means.
Poison- a substance that is capable of causing the illness or death of a living organism when introduced or absorbed.
prescription medication is a substance that can cause illness or death to an organism
is not stopping of the heart death to an organism
or yellow eyes and skin cause of an illness
con said
Point 1: My opponent has yet again brought the drugs in the water supply. If my opponent and the readers/judges would be so kind as to refer to my points on this in round one, everyone would see how I debunked these points. Given that fact, my opponent's attempts to keep pushing the argument is irrelevant. It doesn't matter if there is drugs in the water or not, why they're there or who put them there. It doesn't change the fact that the drugs that are in our water have so far proven to be harmless. I've also pointed out that everyone knows and is capable to finding cleaner, safer and healthier alternatives if they so choose. Again, this doesn't prove that prescription drugs are poison.
no there is not do you know someone with there own well if not then your screwed
im just saying that the snake and stick is not a good way to advertise your business and thats just one of many red flags
Return To Top | Posted: | Speak Round

admin
Fun fact - I once lived on a house that had a spring and a pump. We rarely turned it on because it was cheaper to get piped water than the cost of the power to keep the pump running for any length of time.Posted 2019-04-28 07:27:35

dpowell3543
To all readers and my opponent: I apologize for the change in font during the last round. I don't know how it happened, but after I pressed enter to start the next section, everything went italicized. I was unable to change it back to normal. I hope it doesn't bother anyone.Posted 2019-04-23 18:07:00

dpowell3543
To all readers and my opponent: I apologize for the change in font during the last round. I don't know how it happened, but after I pressed enter to start the next section, everything went italicized. I was unable to change it back to normal. I hope it doesn't bother anyone.Posted 2019-04-22 20:19:29
The judging period on this debate is over

Judge: jgestiot
Win awarded to: dpowell3543
Reasoning:
Crossed has failed to make his point about prescription medication being poison. Going off in tangents about something totally unrelated to the debate topic (drugs put into the water) was unhelpful and it is totally false that drugs like atenolol are put in water or that fluoride can cause people to become stupid. Crossed has definitely not helped his case by flooding the debate with multiple areas of information that fail to tie in to support the proposition.

Feedback:
The medical definition of poison is "Any substance that can cause severe organ damage or death if ingested, breathed in, injected into the body or absorbed through the skin". The primary purpose of medication is to do the opposite. All medications have side effects and sometimes a toxic effect but the side effects are very small compared to the therapeutic effect of the medication. It is worth noting that in a lot of cases, the patient does not have the choice because not taking the medication means death. 1 user rated this judgement as good
1 user rated this judgement as constructive
0 comments on this judgement